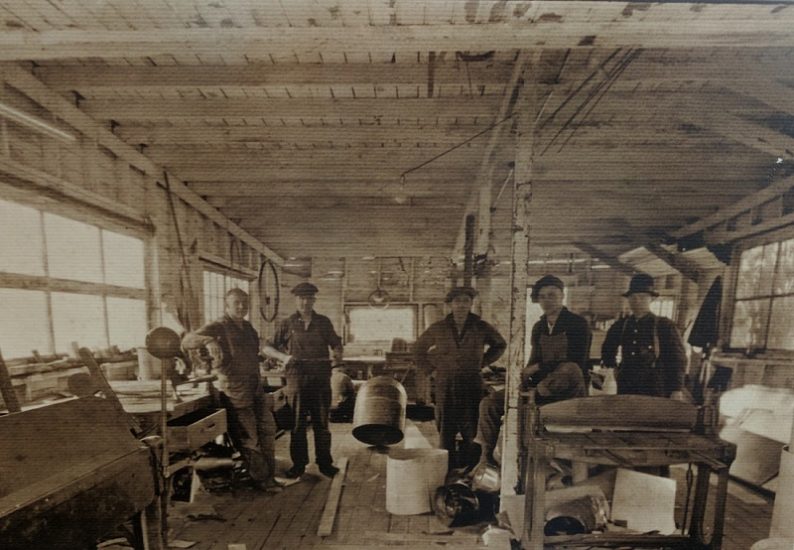 American Metals Corporation was founded in 1944 as American Sheet Metal by the Hedinger Family. The company began as a fabricator specializing in custom fabrication as well as large projects involving complicated field work and installation. In later years, the company concentrated its efforts in the area of steel sales, becoming a premier service center.  The steel service centers known as American Steel were located in Kent, Washington; Portland, Eugene, and Medford, Oregon; and Redding, California.  With the acquisition of the Gilmore Steel Service Centers in 1980, the American Steel locations extended into Oakland and Sacramento, California.

In 2009, they merged to form American Metals Corporation and began operating as a wholly-owned subsidiary of Reliance.

December 2010: American Metals Corporation acquired Lampros Steel and a related interest in LSI Plate & Plate Sales. Lampros Steel is a steel service center company specializing in structural steel shapes with a facility located in Portland, Oregon. LSI Plate is a distributor of carbon steel plate with a location in California. Plate Sales is an excess plate distributor with a location in Portland, Oregon.

Haskins Steel is a steel service center with a competency for burning, shearing, forming, punching, sawing, and distribution of ferrous and nonferrous metals. The company operates under 175,000 square feet of building space and delivers to a 300 mile radius from its Spokane, Washington location.

Founded in 1982 by Dan Nelson, Alaska Steel boasts the largest on-hand inventory in Alaska and offers both same day and next day delivery from its three facilities in Anchorage, Fairbanks and Kenai. The Company provides steel, aluminum, stainless, and specialty metals and related processing services including shearing, sawing, plasma and flame cutting to a variety of customers in diverse industries throughout Alaska including infrastructure, energy, and mining.

Our strong domestic and international mill relationships, coupled with our ability to move material effectively, allows us to provide our customers with a wide range of products competitively. Our seasoned sales staff and purchasing department have years of arctic weather experience and technical knowledge that is required to handle projects in extreme conditions. This, paired with a broad range of inventory, has allowed Alaska Steel to build long-term relationships with customers in the Alaska market.